The Burren is an area of karst landscape in Co Clare. It covers an area of 250 square kilometers. An area of the Burren (15 square km) is designated a national park with a visitor center in the village of Crofin. This is the smallest national park in Ireland. 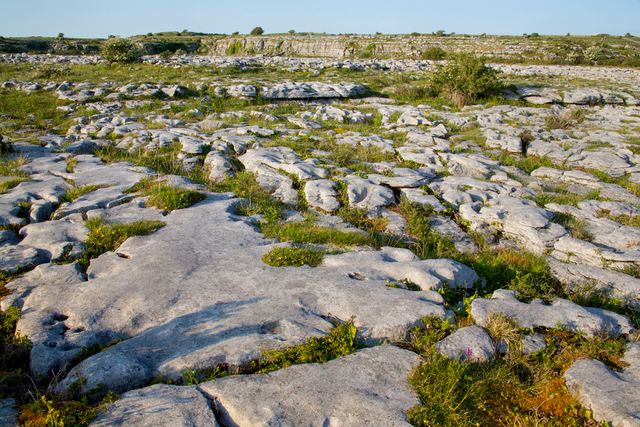 The Burren is home to many ancient tombs with over ninety megalithic tombs in the area including the most photographed portal tomb Poulnabrone dolmen. It is also home to ringforts including the impressive triple ring fort Cahercommaun and Caherconnell stone fort. There is a fine Celtic high cross in Kilfanore and Corcomroe Abbey is one of the most ornate abbeys in Ireland. 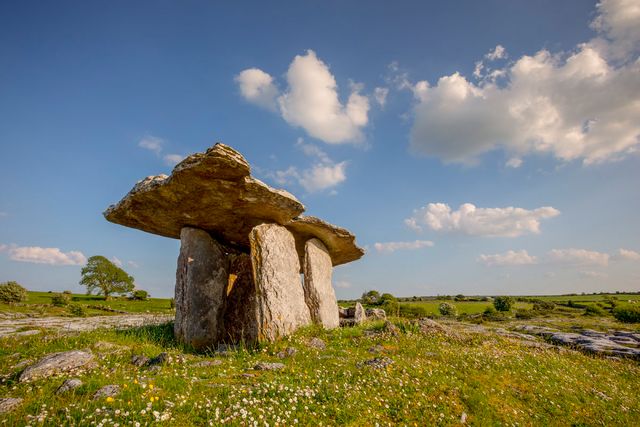 The Burren landscape is composed of limestone slabs with clints and grykes in the rock. Surprisingly, fertile soil has built up in these cracks and created the perfect place for plants to take root. The micro climate at the Burren where the soil temperature rarely drops below six degrees supports an unusual array of flowers and plants with Arctic, Mediterranean and Alpine plants growing side by side. Seventy five percent of Ireland’s species of flower can be found in the Burren with certain species being exclusive to this area. See if you can find the elusive spring gentian – an Alpine plant bright blue in colour. There are also a number of orchids particular to this area in Ireland.

The rugged rocky landscape and bright bursts of colour of flowers growing through the cracks is a stunning and unique contrast. There is much to discover in Ireland and this tour can help you see some of Ireland’s most picturesque locations.

Click for details on the Cliffs Of Moher, Corcomroe Abbey, Kinvara. 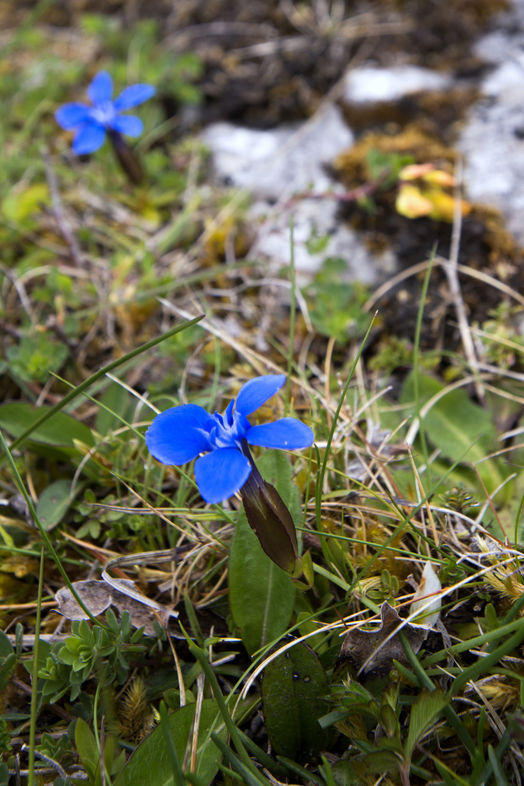